Arthitectural is supported by its audience. When you purchase via our links, we may get a commission. Learn more 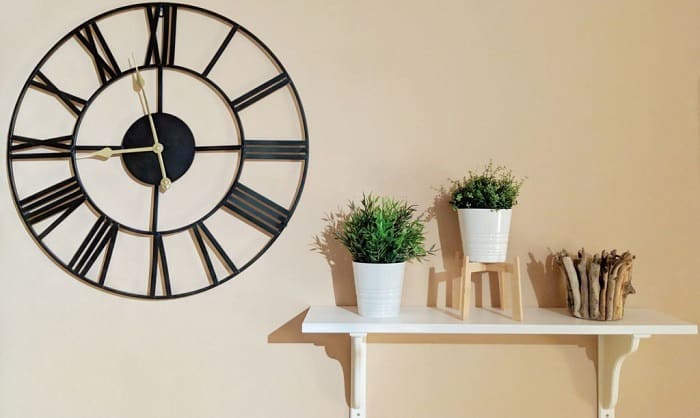 A clock is a device or equipment that displays the time. Clocks may be seen in many kinds of environments, from workplaces and houses to churches and public areas.

These devices are available in numerous sizes and forms, and may frequently be found in mobile phones, computer screens, and even people’s pockets. If you are searching for a clock for your interior design, this post will offer you SEVEN different types of clocks as well as their features and historical background.

One of the most popular clock types is analog. Before the invention of digital clocks, all clocks were analog instruments. An analog clock has two or occasionally three “arms” that move in circles to display the hour, minute, and possibly second. The shortest hand symbolizes the hour, the longer hand is for the minutes, and the longest arm signifies the seconds.

Each of these arms can point everywhere on the circle. That implies the minute hand can point to any numerical value ranging between 0 and 60. An analog quantity is anything that changes constantly like this; it travels gradually from one place to another without any abrupt jumps or pauses. That is also why this sort of clock is known as an analog clock.

Sundials can also be referred to as analog clocks. This is the oldest clock design in human history, with a five-thousand year historical record of utilizing sundials. People tracked the sun’s shadow as measured by the sundial’s gnomon. However, several issues with this clock application are one of the major reasons they are no longer used nowadays:

The earliest mechanical clocks were produced in Europe around the beginning of the 14th century and served as the primary time tracking instrument until the invention of the swinging clock in 1656. Many elements came together throughout time to give us the contemporary timekeeping devices we have today. 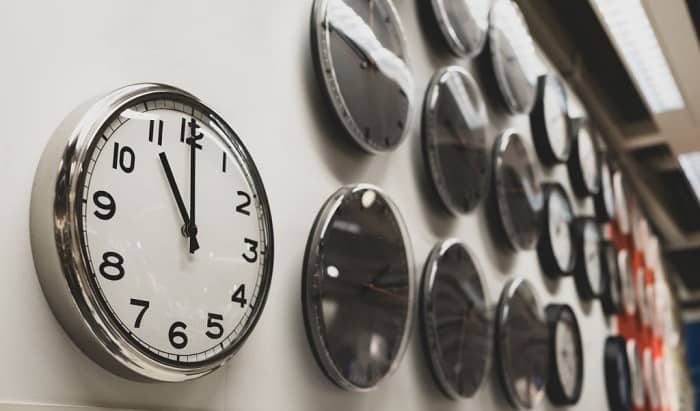 With the evolution of the internet era, we have gained access to extremely accurate and trustworthy electronic clocks that display time using numeric screens. The two most popular display types are the 24-hour system (from 00-23) and the 12-hour system, where the clock must additionally display an AM/PM signal.

With each passing year, digital clocks have been gaining ground on analog clocks, which are rapidly becoming obsolete. This clock’s display screen does not have to be inside a small television or computer; it may also be shown in large public spaces or indoors for those with sight problems.

Digital clocks are typically smaller than analog clocks and easier to operate and read. They may be manufactured in a variety of sizes and are often used in automobiles, household appliances, radios, and computers because of their low cost and size flexibility. Digital clocks make our life a little simpler – sometimes without us even recognizing it.

The first digital clock was established in 1883, and it featured a mechanism known as a jump-hour system. Josef Pallweber, an Austrian engineer, invented the first digital clock, which had two screens in an enameled dial. The hours and minutes were shown on turning discs through the two displays.

If you are looking for a unique clock for your house, a light-up word clock is an entertaining way to know the time. Word clocks do not use numeric displays but write natural words on the screen to inform us of the time. Words can be stored using software or hardware. In other words, the time is shown using highlighted words rather than digital digits or traditional minute and hour arms.

This one-of-a-kind and stylish text-based clock hangs on a wall or stands upright on its constructed base. These clocks are made out of a letter pattern with lights that change every 5 minutes to show the time in a phrase. For example, they will display 9:45 as ‘It is a Quarter to Ten’. Moreover, every hour, the word “o’clock” flashes. Therefore, they are ideal for the house, workplace, or any other location where you need to read the time fast and in a pleasant fashion.

Clocks have a lengthy history, and there have been several multiple kinds of clocks throughout the decades. The term “word clock” originally appeared in the 14th century, approximately 700 years ago. It is derived from the Latin word for bell, which is clocca.

An auditory clock, known as a speaking clock, is simply a clock that can speak to its user. It can tell time by receiving orders, which may be provided either verbally or by pushing a specific button. Furthermore, most auditory clocks display information, such as dates, temperatures, and even jokes.

Talking clocks often use a recorded human speech service. These voices have already been recorded, and they will pronounce time automatically when requested. Many of the talking clocks can also link to smartphones via Bluetooth. They can even schedule seminars and meditation sessions for users.

As previously stated, auditory clocks may be quite beneficial to visually handicapped individuals. They only need to press the button and know the exact time quickly, or issue a voice input, such as “hello…, what’s the time, temperature or day now?” In addition, many people with bad eyesight have stated that auditory clocks are quite useful, particularly at night, because they do not have to stand up and inconveniently hunt for their glasses to check the time.

It has been a long time since clocks came with voices. A farmer invented the first alarm clock, which only went off once in the morning. Farmers were the very first to promote the idea since they had to get up earlier than others at that time. Many decades later, a clock that could only ring once in the early morning developed into one that could be set to any time. 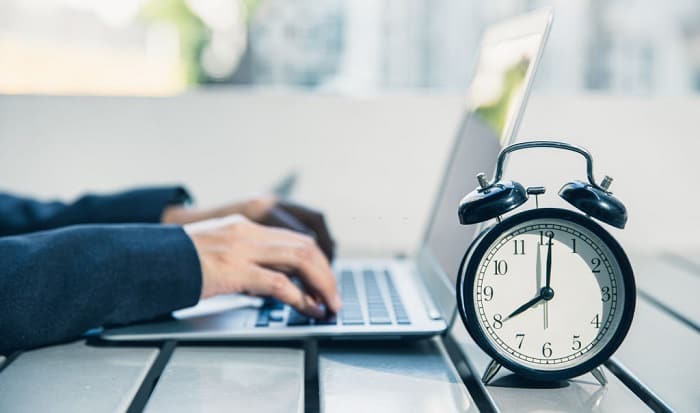 People who are blind or have impaired eyesight can utilize an auditory and tactile clock. They provide physical symbols of the digits on their surfaces, either as normal numbers or in braille. Besides, there are some styles of clocks for the blind that feature touch-sensitive screens. Some of them are identical to standard analog screens but are built for users to touch it with their fingers without being injured.

This blind-accessible gadget assists youngsters in learning to tell time as well as exploring numbers, shapes, and colors. Twelve differently shaped bricks insert into notches around the base of the timepiece. Most of the clock’s components are constructed of wood, including the surface, arms, and blocks with an appealing, seamless finish.

Mr. Schönherr received the world’s first Blind output unit invention. For the first time, it was possible to show refreshable Braille using this blind unit. This innovation opened the path for the conception of Tactile displays, allowing blind people to use not just computers but also timepieces.

Some clocks have multiple displays controlled by a single mechanism, while others have multiple independent systems kept in a single outer shell. Clocks in public areas frequently feature several faces that are viewable from various angles. Some can also indicate the actual time in many time zones.

Travel timepieces frequently include two displays, one is for the local time and the other is for the time in another country, which is convenient for making pre-arranged calls or meetings. Some clocks display both digital and analog data. Clocks with Tactile displays commonly contain standard digits so that sighted people can read them.

The majority of companies for this type of clock were established in 2005 to assist individuals all over the globe in saving time while arranging journeys, business visits, virtual events, or teleconferences.

They are the ideal choice for offices that connect on a global scale since effective management and operations across time zones demand precise timekeeping. By avoiding manual estimates and complicated time zone conversions, you can minimize unwanted delays and save time.

A musical clock is a clock that plays a musical melody to signify the hours of the day. They might be viewed as more sophisticated forms of striking or chiming clocks. Unlike traditional electronic musical clocks, these timepieces play pre-recorded music tracks rather than utilizing programmed sound production.

It senses light and performs melody and motion functions. If the sensor does not discover enough light, the music and motion will turn off automatically. Therefore, you should consider relocating the clock to a brighter area because the light sensor is affected by the brightness of the space where it is installed.

Nicholas Vallin made one of the earliest known household musical clocks in 1598, which is now exhibited in the British Museum in London. You may learn more about its mechanism by watching this video.

Different types of clocks with names listed above have given virtually unlimited choices for people looking for useful and aesthetically appealing gadgets. You may choose the best clocks for your requirements by paying attention to the features, form, and mechanism.

Generally speaking, all types of clocks serve as a fashion item for your family as well as a functional tool that keeps you up to date with the latest events. Was this article informative to you? Leave comments in the box below, and if you enjoyed this, please share with your family and friends.

How Long After Bed Bug Treatment Can I Return Home?

5 Awkward Living Room Layout With Fireplace and How to Fix