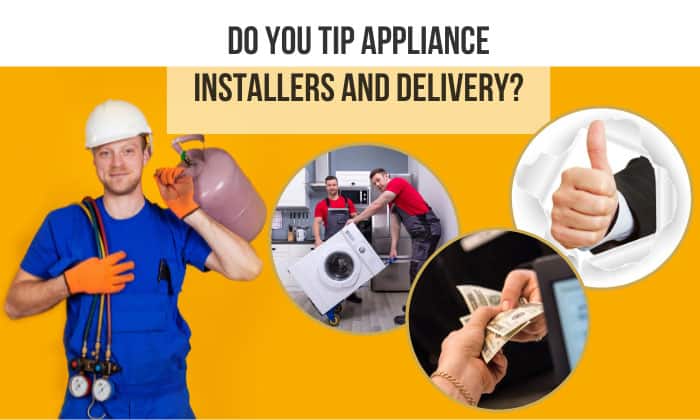 Since appliance stores already charge transport and installation fees, do you tip appliance installers and delivery? There’s also the question of how much money to give should you decide to pay gratuities.

You’re not alone in your confusion regarding tipping etiquette; many people on Reddit and other online communities share the same question. To put it simply, tipping is not a strict requirement, but it’d be nicer if you paid an extra $5 to $20 as gratuities.

That said, the tipping culture can be downright confusing, so you may want to read on to find out when to tip and when not to.

Should You Tip Appliance Installers and Delivery 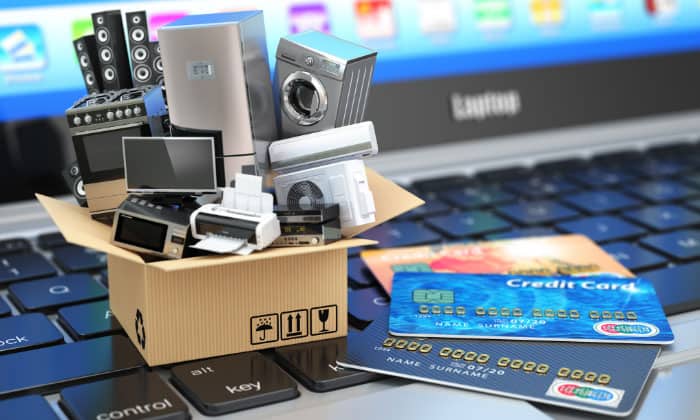 Unlike in restaurants, where you are expected to tip, you don’t necessarily have to pay delivery guys or installers gratuities. However, I’d recommend you do so, particularly if they have done everything in their power to provide superb customer service.

The reason you should tip appliance delivery is that it’s not an easy job. For starters, it’s a very busy profession, and considering how heavy most appliances are, the worker is prone to getting back pain and swollen fingers.

Also, it’s not that often that you get new electronic devices, and you don’t even have to tip that much. Even $5 can go a long way in helping the delivery person. Your small gesture of gratitude may even ensure that you’ll get good service in the future.

01 The quality of service is superb 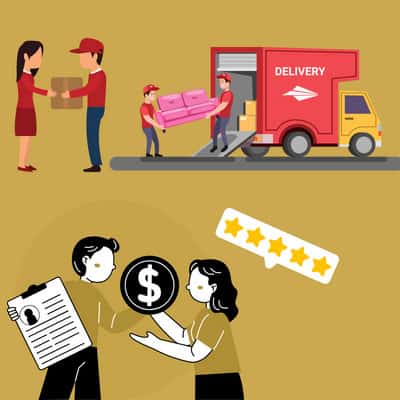 Generally, I’d decide whether to tip refrigerator delivery or similar appliances based on how careful they are. Do they pay extra attention not to bump into anything? Are they gentle with the appliance? Do they stick around to assist you despite not having to?

When the delivery person goes out of their way to help you install the appliance, even if it’s not required, I highly encourage you to give them some extra bucks. This will show your appreciation for their hard work.

02 It is difficult to bring heavy appliances to your doorstep 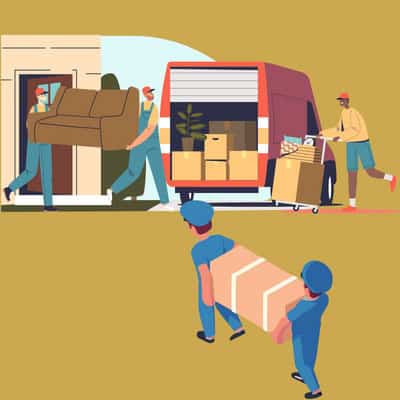 In addition, if you live several stories up and your building doesn’t have an elevator, large appliance delivery can be a physically exhausting task. Likewise, consider whether your entry door’s design makes the job more difficult for the delivery guys. 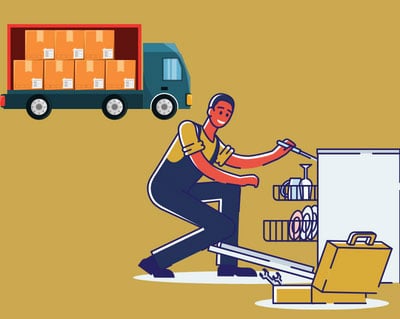 Another instance where it’s necessary to tip dishwasher installers is when they also have to remove the old one. Again, this is a labor-demanding and time-consuming process that should be rewarded accordingly.

04 The staff helps you get rid of the old appliance 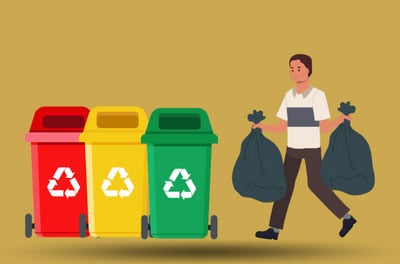 Strictly speaking, the delivery person doesn’t have to help you with old appliance disposal. But if they agree to take care of this bothersome task, you should never forget to include a hefty tip, especially considering that removal costs typically require a budget of $90 to $140.

01 The staff are rude 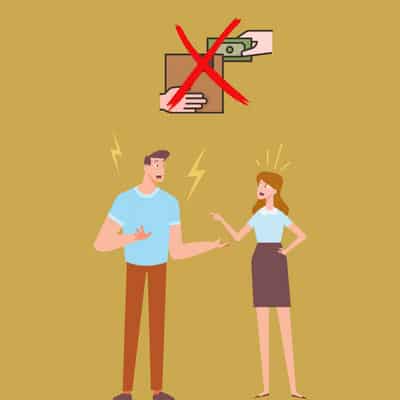 One instance where you may consider not tipping appliance installers and delivery men is when they’re rude. If they’re grumpy and unwilling to help you put the appliance where you want, you’re not obliged to tip.

02 The workers fail to deliver appliances on time 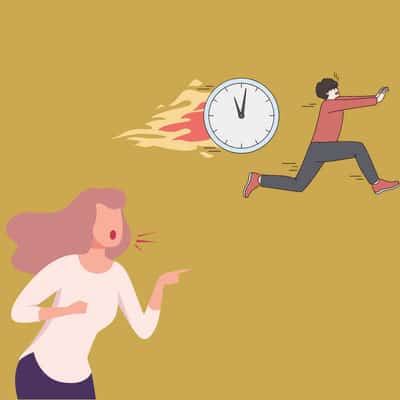 Another reason that one may refuse to tip washer dryer installers and delivery is unpunctuality. That said, I’d also factor in how late the delivery is and the underlying cause for the issue.

03 The package is damaged 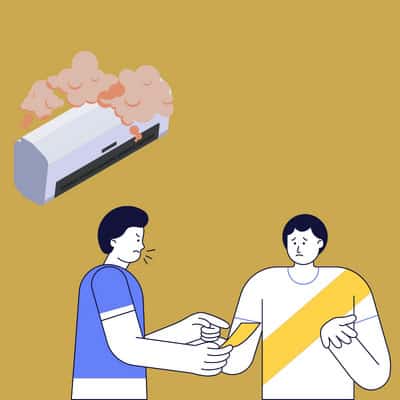 The real deal-breaker for me, however, is when the workers damage my purchase, especially if I notice them handling it carelessly. However, you may want to determine whether the defection stems from carelessness or the manufacturer’s own shortcomings.

When you have clear proof that the delivery person is not at fault for the defective appliance, it makes sense not to punish them for something they’re not responsible for. In other words, you should still pay gratuities for the hard work they’ve put in. 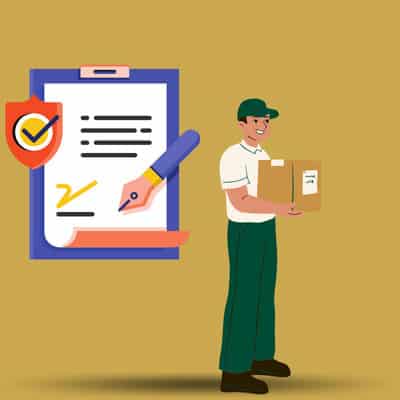 Strange as it may sound, not all companies allow tipping. For instance, the delivery guys may already be sufficiently paid. This policy may also exist to protect their employees from problems such as racism, sexism, or harassment.

So whether you’re getting service from Home Depot appliance installers, P.C. Richard Delivery, or somewhere else, you should try to find out firsthand whether tipping is allowed. For instance, you can ask a friend or family member who’s previously used their service.

However, note that asking a manager or customer service is not always the best idea. For instance, they may erroneously deem tipping as unnecessary—not because this is against the company’s rules—and would tell you not to pay gratuities as a result.

A good pointer that tipping is not allowed is when the delivery guys refuse to take the extra bucks. In this case, don’t press them to receive the money—they may be punished. Instead, consider giving the staff some refreshments so they can replenish their energy. 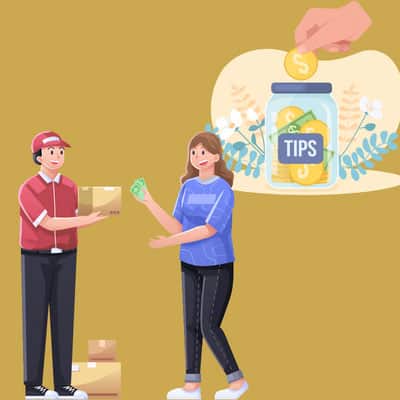 In general, $5 to $20 per person is the average range for tipping, but feel free to tip more if your budget allows. The more satisfied you are with the service, the more money you should give.

You should also tip more if you have more than one appliance delivered, especially if they’re all heavy. This is a good way to show your appreciation for the extra hard work the staff needs to put in.

Again, as mentioned above, consider a heftier tip if the delivery person has to climb several flights of stairs. It’d also help to pay attention to how large the appliance is; bulky ones should be rewarded with higher gratuities.

Things You Should Consider Before Tipping

While some companies don’t allow tipping, others will include this money in the delivery fee. You can check the bill they give you to see if this is the case. Of course, no one will stop you from tipping more if you’re feeling generous enough.

Also, you should only give the delivery person the gratuities after they’ve put the appliance in place and you’ve examined it thoroughly. I’m certain you don’t want to tip, only to find out that the staff is reckless and your purchase is damaged. 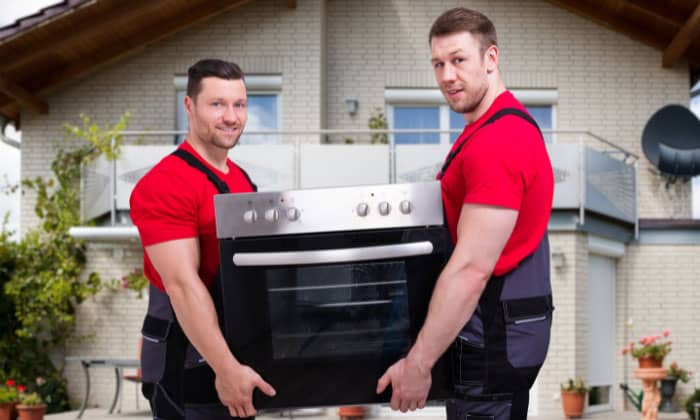 What are the advantages of tipping?

Although the tip is not that much, it can make a big difference. Even with just $5-$10, you’ll be able to make the delivery person’s day. By tipping, you’ll also give them a legitimate incentive to continuously provide better service.

You’ll also be surprised by how little the delivery guys earn a year, despite their hard work—the income of people in this profession is just a little over $40,000. To put things into perspective, this is 13% lower than the national average. So by giving them tips, you’ll also help improve their earnings.

What to do if more than one person is in charge of the equipment?

When this happens, you have two options—tip each person with an equal amount or give them a large sum to divide among themselves. In either case, make sure you give enough so that each will get at least a $5 tip.

How much should I be tipping appliance repairman?

Similar to appliance delivery guys, most repairmen don’t expect tips, so they would not judge you if you only give them the repair fee.

However, if you decide to tip, you can give them up to $20 or more on special occasions. But make sure to check the company’s tipping policies first. Some service providers, such as Michigan Appliance Repair, don’t allow their employees to receive more than $20 of gratuities.

To answer the question, “Do you tip appliance installers and delivery?” I highly recommend you do so. Not only will this show your gratitude for their hard work, but it’ll also make their job a little more rewarding.

After all, if you’re expected to tip for pizza delivery, why shouldn’t you pay appliance installers and shippers gratuities? As mentioned above, their job is incredibly physically demanding and busy, so some extra money would go a long way.

On a final note, keep in mind that it’s best you tip your delivery guys in cash, unless the staff requires otherwise. And don’t forget to leave a glowing review for them.

Do French Doors Open in or Out? (A Comprehensive Answer)