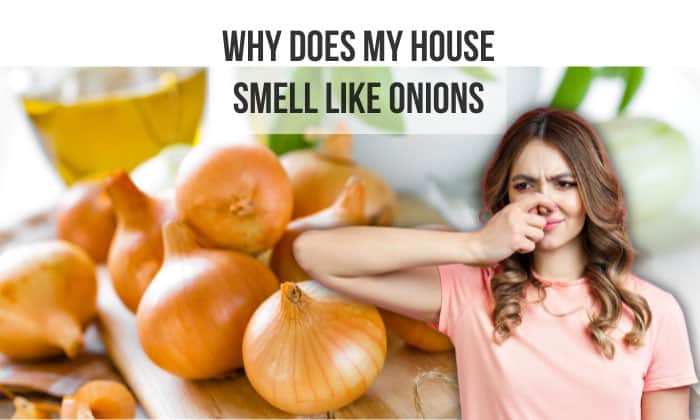 Is there a lingering onion smell in house, no matter how hard you clean? If that is the case, the issue may not necessarily stem from your kitchen. One notable example is the bathroom, where you may notice a pungent odor coming from the drain.

So if you’re wondering, “Why does my house smell like onions?” there can be a lot of explanations. To pinpoint the exact culprit behind the stink and the corresponding ideal solution, read on for more details.

Reasons Your House Has an Onion Stench 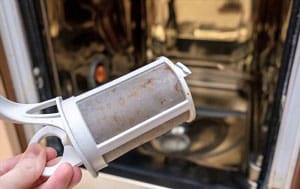 When you’ve scrubbed your kitchen spotless, but the rotten onion smell still doesn’t go away, you might want to have a look at your dishwasher.

The most likely scenario is that you’ve forgotten to wash the dirty dishes inside, and it’s the leftovers that are responsible for the smell. Try running the dishwasher to see if the smell goes away.

There’s also another possible scenario—this kitchen appliance is empty, but the odor smells the strongest there. In this case, examine the drain filter—the component that keeps food from clogging the machine. A frequently-used filter will have food particles stuck to it, resulting in the reek. 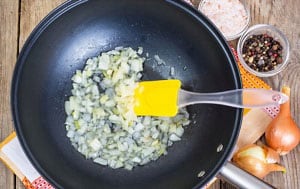 While recipes with aromatics can smell amazing, they can also stink up the whole house as well, particularly if you cook with your windows and doors closed. Without an outlet for escape, the smell will “stick” to the walls, and you may not notice the odor until after cooking.

Don’t think you’re spared if you have air conditioners in your house. In fact, ACs can actually make the matter worse, especially when you handle onions near the unit. As they collect air, ACs can pick up the bad smell and the whole house smells like onions. 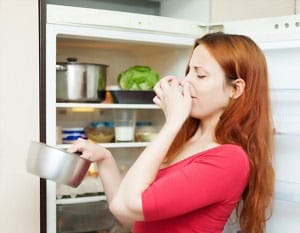 Given that refrigerators are constantly packed with food, it’s not surprising they can end up smelling should you forget to clean them periodically. For instance, you may have left vegetables in there for too long, and it’s the spoiled food that is reeking up the place.

As for onions, they don’t even need to go bad to stink up your refrigerator. Often, cut onions, which are at their smelliest when peeled, are stored in the fridge. And the longer you keep them there, the stronger they reek.

Onion stenches can also spread to other foods and worsen the situation. You’d think keeping the vegetable in an airtight bag can solve the problem. In reality, it’s not always the case. 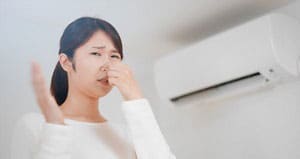 You don’t need to cook onions for the AC to get the bad odor. The thing about air conditioners is that they also pick up moisture from breaths and sweat as well. This means the water condensation in these electronic devices isn’t clean, to begin with.

To make matters worse, this dirty water can promote the growth of mold. The contaminants in the water and the slimy mold may be why your AC and the house smell like a dead animal.

Carpets, whether old or brand new, can be the reason why the room suddenly smells like garlic and onion. On the one hand, old carpets are stained with dirt, dust, and sweat from feet. It makes sense for them to reek eventually.

On the other hand, new carpets can have unpleasant odors as well. This phenomenon extends to furniture, mattresses, and comforters as well. This stench can stem from how the plastic cover “traps” the chemicals from the production process and their smell. 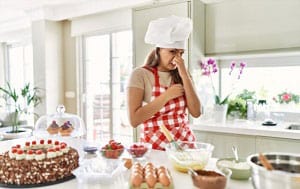 The most likely reason for kitchens smelling like sulfur is that you’ve recently cooked with onion. As discussed above, preparing recipes that feature aromatics without opening the doors and windows will surely make the stench linger.

It’ll also help to inspect the dishwasher, where food might be clogging up its drain filter. It’s also not outside the realm of possibility for you to leave dirty dishes in there. If the dishwasher is clean, move on to the fridge to search for spoiled vegetables or onions. 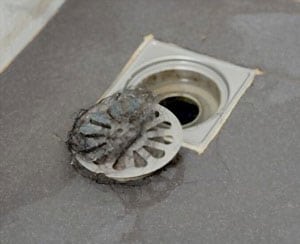 When your bathroom smells like onions, a possible cause is the shower drain. As you take a shower, dead skin cells, hair, dirt, and soap wash should go down the drainpipe. However, in practice, they can clog up your drain if you don’t have a mesh trap to catch loose hair.

Once the clog forms, bacteria will thrive there and cause your bathroom to stink. To identify if a blocked drain is indeed your problem, try turning on the water. If your bathrooms stop smelling like onions when boiling water runs down the drain, you’ve found the culprit.

However, if the reek only becomes noticeable when you turn on the shower, inspect the water heater. Think about the last time you replaced the anode rods. If it’s been more than 3-5 years, the issue likely stems from these rods.

If you regularly wash your bedsheets and blankets, but the room still has an onion scent, you may want to think about your eating habits. Having your meal inside your bedroom can cause it to reek.

It’ll also help to check if the air conditioner circulates the air from the kitchen to your bedroom. If it does, the smell of food can get carried to your sleeping area, resulting in an unpleasant scent.

3. Things with similar characteristics to onions

Sulfur is what makes onions smell so strong, so anything containing this chemical can remind you of this aromatic vegetable.

One notable example is cooking gas, which contains sulfur for a distinct odor so that one can easily detect leakage. If your house suddenly reeks of onion at night, turn off the gas supply and open all the doors to see whether the smell diminishes.

Can mold smell like onions? It certainly can, particularly in areas with high humidity levels, such as bathrooms. If left in an enclosed place for too long, the smell can also get more noticeable.

How to Get the Onion Smell Out of House? 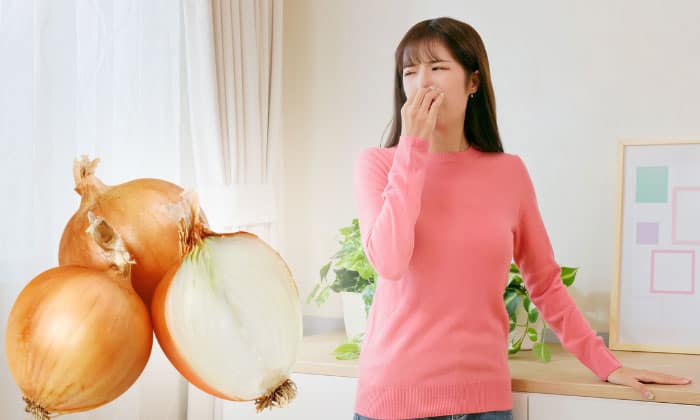 Fortunately, it’s not impossible to get rid of onion smell in house. Below are a few ways you can utilize to keep onions from smelling up the house: 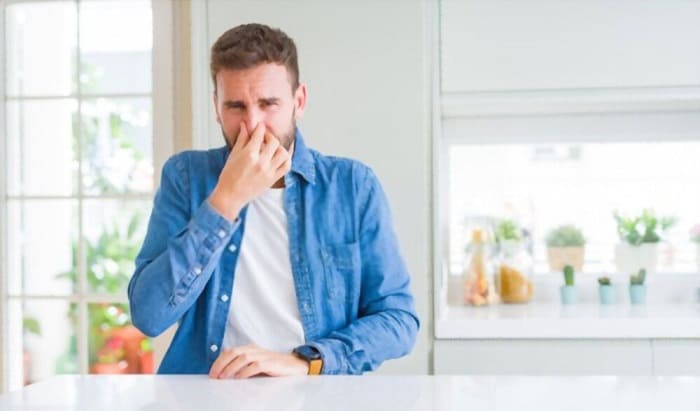 What does it mean when your private part smells like onions? Rest assured, a smelling onions symptom is not necessarily a bad thing—it could be because you’ve eaten onions or sweat a lot after a workout.

However, it can also be an indication of poor hygiene or bacterial vaginosis. If you’re on your period, the smell may stem from forgotten menstruation products.

Both natural carbon monoxide (CO) and gas have no discernible smell. This is why a detector is necessary to recognize the presence of CO. As for gas, it has a telltale odor because manufacturers add a sulfuric compound to the formula so that you can tell it’s leaking right away.

As discussed above, onions have such a distinct smell because they contain sulfur (or thiosulfinates). This is why anything containing a high amount of sulfur, such as garlic, shallots, leeks, etc., can remind people of onions.

Another compound that has a smell reminiscent of onion is acrylonitrile, which can be found in plastic or rubber.

Why does my house smell like onions? Now that you have your answers and know how to rectify the issue, it’s easy as pie to keep your home smelling fresh all the time. In most cases, opening the windows can do wonders.

Have you tried out any of our tricks above? Let us know if our methods of eliminating pungent odors work for you!

How to Paint an IKEA Billy Bookcase in 5 Easy Steps

Can You Sit on an Ottoman? – Things to Keep in Mind